To share your memory on the wall of Scott Elkins, sign in using one of the following options:

Scott lived up to his nickname “Indiana Scott” in every way. He was adventurous and brave, had a great sense of humor, and made an impact on everyone he met.

His adventure began in Hawaii when he was young. Scott grew up on the Schofield Barracks army base in Hawaii, where he spent his days cliff diving at Waimea Falls, tree climbing at “Fort Love,” and body surfing every chance he got. With his father in the army, there were many places they called home over the years, including Germany, Missouri, Arizona, Kansas, California, Oklahoma, and eventually, Salt Lake City, Utah. Scott attended both the University of Utah and Brigham Young University, where he got his degree in Advertising.

Scott received his mission call from the Church of Jesus Christ of Latter-day Saints to serve in the Central Atlantic States Mission. While serving in Virginia, Scott taught the gospel to a very special family. The Palmieri family fell in love with him and went to great lengths to set him up with their daughter Rita, who would become his future wife. Scott married Rita Paola Palmieri, in the Salt Lake Temple on December 17, 1971.

At that point, he went from “Indiana Scott” to “Indiana Dad.” Scott’s adventures continued with his wife Rita and two daughters, Tanya and Taryn. He was famous for wild rides down the Snake River, owning the legendary pizzeria, “The Rusty Nail,” and the perfect swan dive off Waimea Falls in Hawaii.

Scott was then hired by BYU, where he worked in the Human Resources Department. There, he made life-long friends and never failed to earn the annual “Blooper Award” for his office mishaps! He had a gift for connecting with people and truly made a difference in the lives of those he served. Scott was awarded the Ben E. Lewis Management Award, a top award given to BYU employees for impeccable character and outstanding management abilities. In 2017, he retired from BYU after 34 wonderful years, but his legacy lives on to this day.

Throughout his life, Scott held many callings within the Church. Whether it be serving as Bishop at BYU, Varsity Scout Master, or Gospel Doctrine Teacher, Scott had an incredible gift for teaching gospel principles with his ability to relate to everyone, combined with the perfect dash of humor.

After Scott retired, he rekindled his love for painting. Some of our favorite paintings he did are of the canals in Venice and the Redwood Forest. Scott had a gift for seeing the good in everyone and finding joy in the simplest of things. He was fearless and took life head on. He will be remembered for BYU football games, #33 at Mama Chus, Little League baseball games, 007, puka puka pants, lighthouses, trips to Italy, hot malasadas, polish dogs and cougar tails, the “Big Kahuna,” Pierce Brosnan-like hair with Pantene Pro-V hair gel, spending time with grandkids, annual Lake Powell trips with friends, li hing muis, stealing the BYU victory bell, list making, patriotism, ski adventures, and steaks on the grill in the backyard. But most of all, Scott loved sitting around with the family, watching the Hallmark Channel (even if he won’t admit it!).

Here’s to the the next adventure, Dad! Sempre Famiglia!

To plant a memorial tree in honor of Scott Elkins, please visit our Heartfelt Sympathies Store.

Receive notifications about information and event scheduling for Scott

We encourage you to share your most beloved memories of Scott here, so that the family and other loved ones can always see it. You can upload cherished photographs, or share your favorite stories, and can even comment on those shared by others.

Posted Jan 17, 2021 at 10:03pm
I worked as a student employee under Scott from 2009-2010 and he was the best manager I ever had. He dealt with tough situations day in and day out, but he always treated people with such kindness. Even as a lowly student employee, he really made me feel valued and important.
It was so readily apparent how much he loved his family. He talked of them often. He will be greatly missed here, but I know he is reunited with his beautiful wife.
I hope his family knows how much of an impact he made on me and others around him.
Comment Share
Share via:
DH

Posted Oct 28, 2020 at 01:32pm
What a great and kind man. I had the privilege of working with Scott in BYU-HRS for over twenty years. He was a man of integrity and a very humble person. My favorite things about Scott were his sense of humor and his poker face when he was pulling a practical joke on someone. His eyes would sparkle with amusement just before he'd crack a huge smile and let onto the joke. When I introduced my future son-in-law to him, with a straight face Scott said "oh, so you are the one; well, I need to interview you in my office, come this way!" Poor kid started following him! Scott just seemed to enjoy life, no matter what he was doing. I had the utmost respect for Scott. He will be in our hearts forever. Denise H.
Comment Share
Share via:
WS

Posted Oct 28, 2020 at 11:27am
We were so sorry to learn of Scott’s passing. It has given us the opportunity to reminisce of the many great times we had with Scott while serving with him in the Orem 82nd Ward Bishopric.

Scott is a “Man for All Seasons”. He is a man of honesty, integrity, dedication, and above all a man of great faith. We grew to love Scott and Rita. They were so dedicated to each other and to their family. He was so faithful in his service to ward members. Because of all the young families in our new development area we had an extremely large Primary. (We were sure it was the largest in the church!) He loved and was so committed to the Primary children and the youth in the ward.

He had a great sense of humor and always saw things as they really were. I always laugh when I think about being released with Scott. Durant McArthur and I of course did not have a full head of hair. Scott meanwhile had a beautiful head of hair (I always envied him for that!). I remember when it was Scott’s turn to speak, he stood at the pulpit, knelt down to hide himself then put on a bald-headed cap over his head and made some silly comment about us all being the same now.

We share your loss and pray for the Lord’s greatest blessing be upon your family at this time. I marvel as I think about the great reunion that has occurred on the other side when Scott and Rita embraced and as he was joined with those that have gone before. What comfort it is to know that we can be together forever after this life.

We want you girls and all the extended family to know that you are all in our thoughts and prayers at this time.

Posted Oct 28, 2020 at 02:09am
Scott and I served in mission field together. We worked together in several different areas. We had many exciting and wonderful experiences together during our missions and while we were at BYU. He was one of the most fun loving men that I have known with a great sense of humor. Rita, girls and grandkids are lucky to have him as husband, father and grandfather for eternity. Scott and Rita are having a happy reunion after being separated for 14 plus years.

Blessing and prayers to the whole Elkins family at this time. 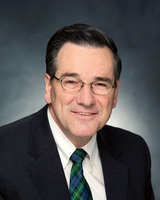 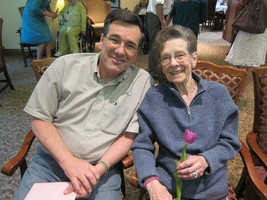