To share your memory on the wall of Stephanie Pope, sign in using one of the following options:

Stephanie is a beloved mother, sister, wife and loving friend. She was born to Ernest Charles and Darlene Lou Ewen Hemple in Highland Park, Illinois. Born with Hyaline Membrane Disease, Stephanie was not expected to survive more than a few days, but she was a fighter and would thrive and excel. She struggled in kindergarten, and her teacher wanted to hold her back. Her father wouldn’t allow that, knowing she would be fine. She proved him right! Stephanie was more than a scholar; she loved her Heavenly Father. Stephanie was the president of her seminary at Timpanogos High School, in Orem Utah, and then went on to serve as vice president of the UVU Institute. She was a virtuous force for good, constantly performing good deeds for others. Stephanie was awarded the Presidential Scholarship at UVU where she received an Associate Degree in Business. While attending BYU she ran her own business successfully and was given the Entrepreneur Award. She graduated from BYU in Marriage Family and Human Development.

After college, Stephanie joined the CES program and taught seminary and institute in the adaptive needs program. She has since worked as a successful sales executive and coined the term “serve to sell.” Professionally she has blessed many lives.

Stephanie married Spencer Pope January 13, 2007 in the Salt Lake Temple. They are the parents of five children: Kyler (12), Kristen (12), Parker (10), Logan (5), and Katelyn (2). Stephanie found joy in family and children, loved her role as a mother, and made special effort to build a unique relationship with each. She was so proud of them and fostered their talents.

Stephanie had a bright and vibrant personality and was passionate and loving, making it her mission to make sure everyone around her felt comfortable and cared for. She connected well with her teenage nieces and nephews. She easily made long-lasting friends. Stephanie held herself to the highest of standards. She was a wonderful hostess and paid close attention to every detail to create the most memorable experiences. Stephanie put her whole self into everything she did. She was a gifted musician, dedicating herself to composing beautiful hymns to share with the world, leaving behind a rich musical legacy. She is eternally loved and will be sorely missed.

Condolences and memories may be shared with the family at www.walkersanderson.com
Read Less

Receive notifications about information and event scheduling for Stephanie

We encourage you to share your most beloved memories of Stephanie here, so that the family and other loved ones can always see it. You can upload cherished photographs, or share your favorite stories, and can even comment on those shared by others.

I have just read your beautiful daughter, sister and mother's obituary and wish to pass along my deepest sympathies at her passing. Lynda and Victor Sorensen's family were backdoor neighbors with the Hemples in north Orem from 1988 until we moved away in 1993. We had two large willow trees in our backyard that dropped a lot of debris on your backyard pool. Our two older daughters were in college, but the younger kids, Jared, Jennifer, Janan, Jamie, Jeff and Josh played with Ernie and Darlene's young children, including little Stephanie, during those years. Ernie actually cut a gate in our backyard fence so the kids could go back and forth through our yards to play. Thanks be to God, there is peace and hope even as our loved one's pass through death's door into the arms of our loving Savior. With all of our love, affection and respect, Victor & Lynda Sorensen

Posted Apr 23, 2021 at 12:59am
What a great privilege it was to have Stephanie as a friend. She was bold and determined, always willing to work hard. She inspired so many. I know that I’m not alone when I say my life is better for knowing her. Thoughts and prayers to her loved ones and little ones. 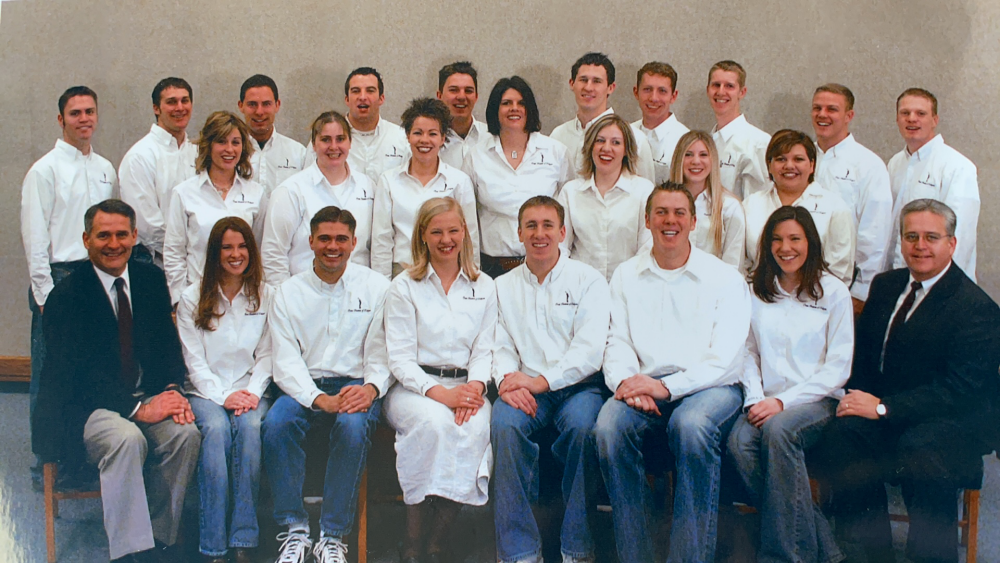 Posted Apr 22, 2021 at 10:58pm
We were extremely sadden to hear of the passing of Stephanie. Our hearts are heavy. She was absolutely an amazing woman. The strength of her testimony has touch so many people. Our daughter Jaclyn will especially miss her. She was her dear friend. May the Lord bless your family as you go forward. We love you. Love Reid and Turley and Family
Comment Share
Share via:
KH

Posted Apr 22, 2021 at 10:27pm
Stephanie is an angel! She served on the student council of the Orem Institute of Religion as our executive administrator. She then became my competent secretary at the institute. She has no match. She is gifted, full of love, and has a heart of gold. She radiates light and is sunshine to the soul! I love Stephanie and feel grateful to have crossed paths with her in mortality. I pray for an outpouring of comfort, strength, peace, and perspective for the beautiful Pope family.
With love,
Karen Hepworth 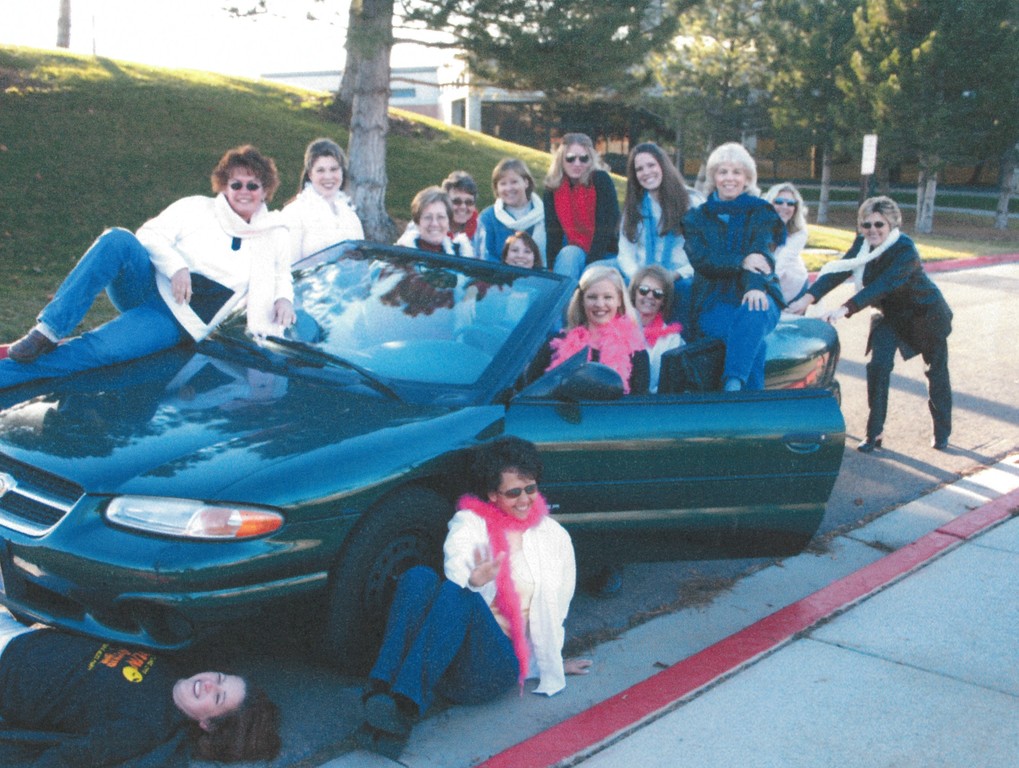 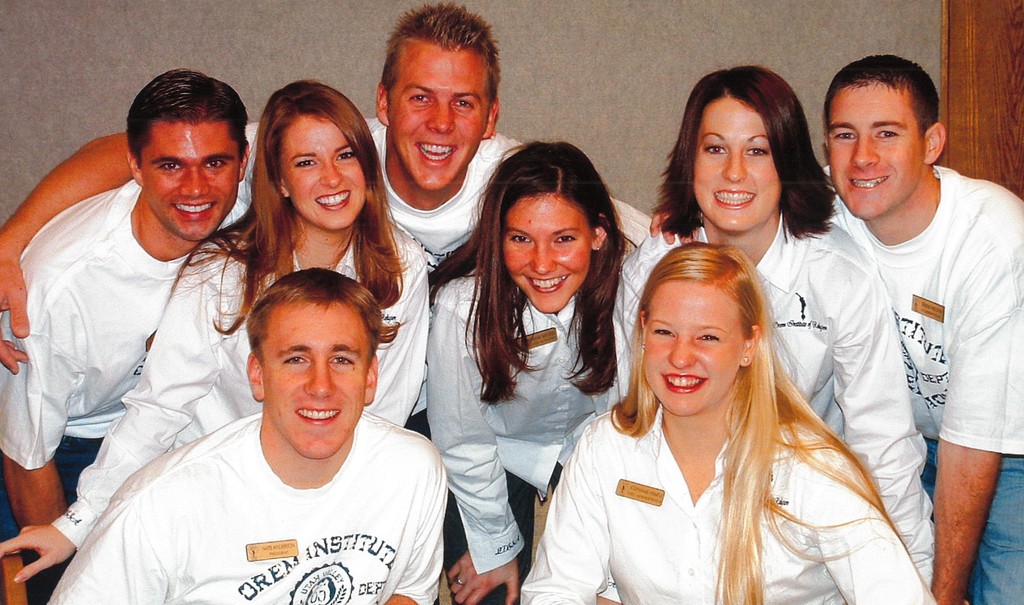 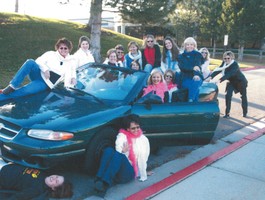 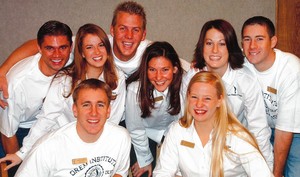 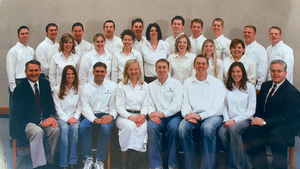