To share your memory on the wall of Stephen Quist, sign in using one of the following options:

Steve was as genuine as it gets and always had a style all his own. His teen years were spent romping as a free bird in his hippie clothes or black pleather pants and 70s collared shirts. You could find him jamming on the guitar with the family and friends he so freely loved.

At the age of 19, Steve had a spiritual experience that shifted him onto another path. He went home and declared to the shock of his parents, “I'm going on a mission!". Steve began by introducing his girlfriend at the time to missionaries of The Church of Jesus Christ of Latter-day Saints. He had the opportunity to baptize her and then left to serve faithfully for two years in the Maryland Baltimore Mission. Steve loved his mission experience and the people he met and taught. A former mission companion shared how Steve was "on fire" and could testify of Christ to anyone as he loved them all unconditionally.

Soon after his mission, Steve's adventurous spirit took him skydiving, where he met his first wife, Teresa Tasker. They were blessed with two phenomenal children: Hunter Gravity and Piper Raelynn.

Newly married and full of energetic ambition, Steve also joined his brother Thad in a venture of their own. In 2006, they together purchased Canyon Electric, the company where they had both been employed. His natural talents, loving attitude, and high energy were recognized as key in the success of the business and fortified a strong bond of partnership with his brother.

In 2009, tragedy and sorrow struck his little family as their angel baby, Piper, was taken home to Heavenly Father. She was only eleven months old. Unable to recover, Steve left Canyon Electric. His marriage to Teresa ended in divorce.

Steve later married Callie Read. Their relationship ended in 2019. We wish her peace through this difficult time and in her journey.

For the last ten years of his life, Steve battled mental illness and addiction. His greatest sorrow and regret was not being there for his "pride and joy," Hunter. His love for his son inspired Steve to seek help through an excellent recovery program. Hunter was his motivation to keep fighting, and Steve's greatest desire was to repair and grow this relationship with his beloved son. Thank you, Hunter, for giving your father such joy.

Though our grief is beyond words at the loss of you, dear Steve, we find comfort in the knowledge that you are free. We know you are surrounded by loved ones--especially your little Piper, and embraced by He who loves you most and is all-powerful to heal you and all of us, our Lord Jesus Christ.

Steve is preceded in death by his daughter, Piper, his father, Edward, and his sister, Becky.

His family will lay him to rest in the Evergreen Cemetery, Springville, Utah.
Arrangements entrusted to Walker Sanderson Funeral Home of Orem. Condolences may be offered to the family at www.walkersanderson.com
Read Less

To plant a memorial tree in honor of Stephen Quist, please visit our Heartfelt Sympathies Store.

Plant a Tree in Memory of Stephen
Plant a tree 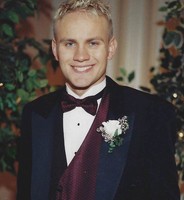 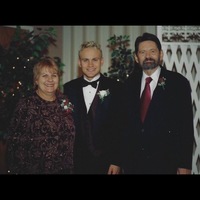 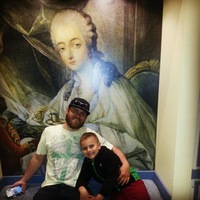 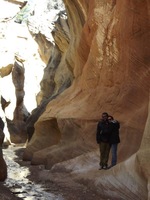