To share your memory on the wall of Stephen St. Clair, sign in using one of the following options:

Provide comfort for the family by sending flowers or planting a tree in memory of Stephen St. Clair

Provide comfort for the family by sending flowers or planting a tree in memory of Stephen St. Clair

Steve was born on January 31, 1946 in Weiser, Idaho as the 5th child of Noah and Jeaneva St. Clair. As one of nine children, Steve spent the majority of his childhood exploring Idaho with his siblings. His brother Mike and he loved fishing, doing outdoor adventuring and sharing cars and dates. He and his sister, Susie, were often called to sing duets as their voices blended so well. He graduated from Lewiston High School where he participated in track and choir. He was always an excellent student usually achieving the highest scores in his grade level. After his graduation, Steve’s family moved to Southern California and settled in Long Beach, California within two years. He was quickly called by the Long Beach Stake Presidency to organize the Long Beach youth and young adult dances which were attended by youth from all of the surrounding areas.

He served a 2 1/2-year mission to Southern France/Geneva, Switzerland spending part of his service in a musical group, the Mormonaires, singing songs from his faith along with traditional American folk songs. While in France he met a local church member who began teaching Steve Hebrew. Steve returned to Long Beach, California where he met Kathleen Hanel and married her on April 30, 1971. Steve continued school at Long Beach City College until after he and Kathy were married. He transferred to Brigham Young University Provo, Utah where he completed his Bachelor of Computer Science in 1973. While there he continued to study his real loves: Hebrew and Biblical Studies. Kathy and Steve then decided it was time to return to California.

They rented a home in East Long Beach where his first child, Jared, was born and a year later purchased a home in Cypress California. Steve’s first job was working as a programmer analyst for the Toyota Motors US headquarters in Torrance, California where he worked for 15 years. A job opened up closer to home at the Mitsubishi Motors Automotive US Headquarters in Cypress, California. Steve and Kathleen stayed in Cypress for 39 years until relocating to Eagle Mountain, Utah for retirement.

Steve was a very active member of the Church of Jesus Christ of Latter-day Saints serving in many capacities including as a bishop in Cypress 2nd Ward along with the Interfaith Committees of Cypress and Orange County. His Interfaith work led him to visiting churches of all faiths in Los Angeles County, Orange County and San Diego County creating friendships along the way. It also led to his involvement with Proposition 8 and gave him the opportunity share the youth celebration and the open house of the Newport Beach Temple in 2005. He loved studying the scriptures learning Hebrew, Greek and Aramaic to help him further his knowledge. He was working on a master’s degree at Clairmont College for a time and served on their Board of Directors for a couple of years. Through his many years of service his favorite place to serve was supporting the youth and young adults with a listening ear, driving lessons, sharing his love of the scriptures and moral support as they navigated into adulthood.
As a father and grandfather he is remembered fondly for his guitar playing, nightly songs, “walk talks”, old mister elephant, book store outings for FHE, outings to concerts, devotion and earnest desire to share his knowledge and experiences to help each of them become the best they can be. He could often be found at sports events, recitals or any number of ceremonies cheering on his children and grandchildren. There is no doubt that he loved each of his children and the families they created as adults making memories with them as long as he could before his Huntington’s progressed.

He is also survived by four of his siblings, Mike St. Clair, Susan Craig, David St. Clair and Cindy Proulx. He was preceded in death by his parents Noah and Jeaneva St. Clair as well as four of his siblings, Jim St. Clair, Joanne Pirrong., Mary Smith, and Eva (aka Kathy),
A memorial for Steve St. Clair will take place on Monday, December 14, 2020 at 11:30am MST at the Walker Sanderson Mortuary in Orem Utah. Our family invites any who wish to watch the service virtually via www.walkersanderson.com live; the service will be available afterwards on his memoriam page for viewing. Steve will then be interred at the Eagle Mountain Cemetery.

Steve fought hard against his Huntington’s Disease. Instead of flowers, please consider donating to the Huntington’s Disease Society of America to help others like Steve who are affected by this terrible disease. The family has set up the Steve St Clair Memorial Fundraiser and you can donate via the following link https://app.donorview.com/Jybk7

For those who would prefer, a live webcast of the service will be available online at www.walkersanderson.com.
Read Less

Plant a Tree in Memory of Stephen
Plant a tree 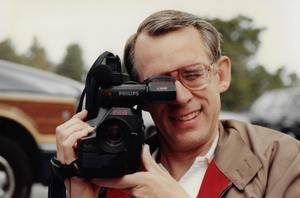 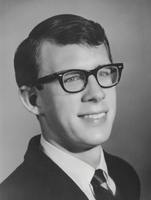 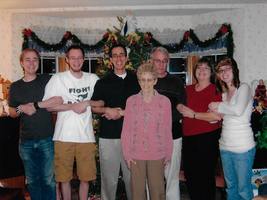 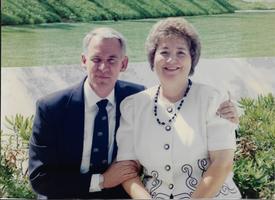