To share your memory on the wall of Stephen Thompson, sign in using one of the following options:

Stephen Woodrow Thompson passed away on November 19, 2020 from the effects of Parkinson’s Dementia at the age of 76.  Stephen was born May 12, 1944 in Provo, Utah to Woodrow Marsh Thompson and Veryl Davis becoming an instant celebrity because he was the first baby born on Baby Day at Utah Valley Medical Center.  He grew up in Provo where he attended Franklin Elementary, Central Jr. High and BY High School.

During the two summers before his mission and the two following his mission he worked at the Grand Canyon North Rim Lodge.  While in his third year he met Fonette Thompson who was also employed there, and they were married the next year in the St. George Temple.  They spent the last of his four summers working together at Grand Canyon.  They are the parents of 5 children.

Stephen was an active and devoted member of the Church of Jesus Christ of Latter-day Saints.  He has served in many positions including: a teacher, Priesthood leader, Counselor in the Bishopric and a High Councelman in a UVU Single Adult Ward.  After his retirement, he and Fonette served a Service Mission at the Church History Library in Salt Lake City, Utah.

He and his family were enthusiastic travelers and after visiting a great number of places in Utah they took off to explore the United States, eventually visiting 48 of the 50 states.  They then turned their attention to the world, visiting several countries until Stephen’s health made it difficult to travel. Stephen was talented with his hands, finishing the upstairs and basement of their home, building a shop and keeping everything running and in good repair. He always enjoyed camping and spending time at the cabin.

Due to Covid 19 a memorial will be held, Tuesday, November 24, 2020 for immediate family only. Others may access the funeral proceedings following the funeral at www.walkersanderson.com. On the main page just click live webcast.

We would like to thank Highland Glen Care Center for the excellent and loving care they have given Stephen, as well as First Choice Home Health and Hospice Care and especially his Hospice Nurse, Chris Cunanan, for their friendship and vigilant service to Stephen and his family.  You are all truly angels among us.
Read Less

To plant a memorial tree in honor of Stephen Thompson, please visit our Heartfelt Sympathies Store.

Posted Nov 25, 2020 at 11:26am
Fonette, I am sorry to hear of Stephens passing. My thoughts and prayers go out to you and your family. I can't help but think of you every time I make your shrimp salad. Thanks for sharing your recipe and being a good neighbor.
Comment Share
Share via:
VJ 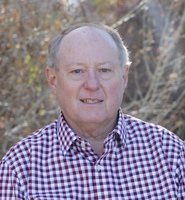