To share your memory on the wall of Terril Mortensen, sign in using one of the following options:

Print
Terril Dean Mortensen passed away October 25, 2020 at his home in Orem, Utah. His death was unexpected, but he passed peacefully in his sleep of natural causes.

Terril was born August 16, 1956 in Blythe, California to Jerry Dean Mortens... Read More
Terril Dean Mortensen passed away October 25, 2020 at his home in Orem, Utah. His death was unexpected, but he passed peacefully in his sleep of natural causes.

Terril was born August 16, 1956 in Blythe, California to Jerry Dean Mortensen and Phylis Joy Haynie Mortensen. He was their third child and second son. His older brother, Roger, died in infancy before Terril was born. He regretted not ever knowing Roger but proudly took on the role of big brother to the siblings who came after him.

Terril was a faithful member of The Church of Jesus Christ of Latter-day Saints and served in many capacities throughout his life. He especially enjoyed working with the youth and was universally loved by those he served. When he served in leadership positions, he was most happy when he could invite himself to youth classes and activities. In his youth, 1976-78, he served a fulltime mission for the Church in southern Chile.

Terril spent his growing-up years on the family farm just outside Blythe. He loved working the land from his childhood on, alongside his father and siblings, and learned early on that “hoeing cotton” meant ridding the cottonfield of weeds rather than the tender cotton plants. He graduated from Palo Verde High School in Blythe in 1974 then continued his studies at Brigham Young University where he earned a BS in Agri-Business. The family farm was sold shortly after he finished school and Terril worked for the new owners for 2 years before deciding it just wasn’t as satisfying to work for someone else. He took his young family to Utah in 1983 and was able to draw on the business side of his degree as he worked alongside family over the years to expand the various businesses they worked in together. Most of that time was spent in Orem, Utah with the family living 2 of those years in Gilbert, Arizona.

Terril met Kristina Kearsley in the fall of 1979 when they were in the same church ward while they both were attending BYU and soon devised a plan of “stealth dating” to win her affections. She eventually caught on and they were married the following spring, April 19, 1980 in the Idaho Falls, Idaho temple. Children soon joined their union and they ended up with a quiver full of five. Family was extremely important to Terril. He worked hard to provide for his, but family time was just as important and just as regular as his work outside the home.
Terril was quite physically active until an infection caused an abscess in his spine which left him with severe pain and some disability due to the trauma to his spinal cord. After several weeks healing in the hospital, he worked hard to gain back some of the function he lost. The effects of that damage and the natural effects of aging challenged him further in the last couple of years. Those who were aware of his challenges admired his uncomplaining spirit and determination to do what he could to serve others. The infection came very close to taking him at that time, so the family considers the past 20 years as bonus time spent with their husband, father, and brother.

The family welcomes all visitors on Sunday evening from 5:00 – 8:00 pm at the Orchard 3rd Ward, 810 East 600 North, Orem. Services will be by invitation only on Monday, November 2, all are invited to watch via a live broadcast of the service starting at 1pm and is available online by visiting https://youtu.be/jI41w71J5u0. Interment will be in the Orem City Cemetery.
Read Less

To plant a memorial tree in honor of Terril Mortensen, please visit our Heartfelt Sympathies Store.

Receive notifications about information and event scheduling for Terril

Print
Services are by invitation only please.

We encourage you to share your most beloved memories of Terril here, so that the family and other loved ones can always see it. You can upload cherished photographs, or share your favorite stories, and can even comment on those shared by others.

Posted Nov 01, 2020 at 06:24pm
I remember as a young man growing up in Blythe, Terril and Kristina were very young. I was attending my first youth dance at the church. Terril taught me how to dance. He said,”pretend you just got out of the shower and you are drying off your back. Hold the towel tightly between your hands and move your arms back and forth, up and down. The girls will think you are a great dancer”. I thought this feels weird but, hey, he has a cute wife so maybe he knows what he’s talking about. I had a wonderful time at the dance and in retrospect, I think he did too, by watching a young man flinging his arms around all night.

I have often thought of that experience as I have tried to encourage shy young men at youth dances how they can impress the young women with their new found dance moves!!!

Posted Nov 01, 2020 at 04:37pm
Terril was one of the most loving people. I I am so grateful to a part of his extended eternal family. My heart goes out to Kristina, the kids, and the grandkids. I love you all! May the Lord bless you with comfort and peace.
Comment Share
Share via:
RM

Posted Nov 01, 2020 at 12:35pm
So sorry for your loss. He sure was a great man.
Brent & Rachelle Moore
(Kelly Longs daughter and son in law)
Comment Share
Share via: 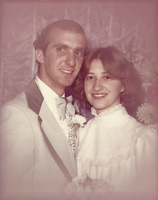 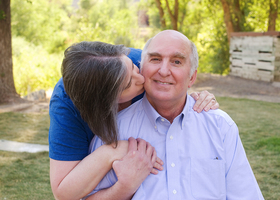 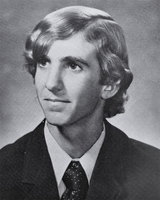