To share your memory on the wall of Virgil Nyman, sign in using one of the following options:

He traveled with his parents on their various BYU assignments to Jerusalem, Hawaii, Illinois,
and Virginia. At each of these places Virgil was loved by the various students who were
participating. Virgil has a keen memory and would often recite the names of the many who
befriended him.

Dogs loved Virgil and Virgil loved dogs. He also was an ardent fan of University of Utah
Football and particularly of Coach Kyle Whittingham. Besides his family, WWE Wrestling, KitKat candy bars, and especially Coke brought him joy. His insightful observations and quick-witted tongue often generated much laughter.

Virgil is preceded in death by his father Monte and his mother Mary Ann as well as his sister
June Owen (Kevin). He is survived by his 6 siblings: M. Scott Nyman (Becky), Lori Olson
(Marty), Dessie Mitchell (Todd), Mary Jo Smith (Darren), Lorna Miller (Steve), and Carol
McWhorter (Skip). He has many nephews and nieces whom he loved.

Since the passing of his mother in 2016, Virgil has taken turns living with his various siblings.
It was a privilege and a blessing to “take care of” Virgil during this time. Virgil helped unify the
family and he helped make those who interacted with him better people. He is an inspiration to his family and others.

Although Virgil struggled with many physical and social challenges, he endured them valiantly,
with faith in his Savior Jesus Christ and in the Plan of Salvation.

Services will be held on Wednesday, April 14, 2021 at the Walker Sanderson Funeral Home located at 646 East 800 North in Orem, Utah. A viewing will be from 9am until 9:45am followed by the memorial service at 10 a.m. A Live Broadcast of service will begin at 10 a.m. and may be viewed at www.walkersanderson.com, were condolences and memories may also be shared with the family.

Interment will be at the Logan City Cemetery.
Read Less

To plant a memorial tree in honor of Virgil Nyman, please visit our Heartfelt Sympathies Store.

Receive notifications about information and event scheduling for Virgil

We encourage you to share your most beloved memories of Virgil here, so that the family and other loved ones can always see it. You can upload cherished photographs, or share your favorite stories, and can even comment on those shared by others.

Posted Apr 18, 2021 at 01:58pm
We wanted to come to Virgil's funeral but were on a trip out of state with family. We returned yesterday and were grateful to be able to watch the video this morning. It was a beautiful service, full of love, faith, devotion, and inspiration. We have loved the Nyman family through the years and honor you siblings and your families for your love and service to Virgil! It is a beautiful example to us. Lynn and Kaye Garner
Comment Share
Share via:

Posted Apr 15, 2021 at 12:53pm
So many great memories of Virg at school, football practices & games and more recently an RSL game. I'm glad to call him my friend. I'm going to miss that guy!
Comment Share
Share via:
RW

Posted Apr 15, 2021 at 11:04am
I remember when I was in 1st grade at Edgemont, Virgil was my 5th grade "reading buddy". He would just hand me the book and I would read it. He would grunt, smile that wonderful smile of his, and hit me on the arm. Good memories of a great guy. -Reed Wilson
Comment Share
Share via:
PK

Posted Apr 13, 2021 at 06:38pm
Church softball as teenagers. Virgil came to bat at a critical time and the defense moved way in. Virgil swung hard and cracked one over their heads. Go Virg! Paul Kohler
Comment Share
Share via:
DT

Posted Apr 13, 2021 at 06:28pm
Virgil was such a kindhearted soul and was so friendly to all people! He made this world a better place. What a joy for him to be reunited with his parents and his sister, June. Love, prayers and hugs to all his siblings for their compassion in caring for their beloved Virgil! With love and admiration to the Nyman family! Blair and Debbie (Murray) Tucker
Comment Share
Share via: 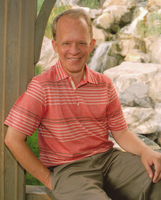 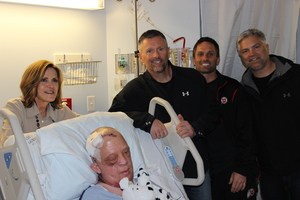 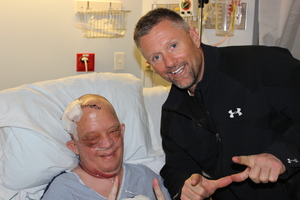 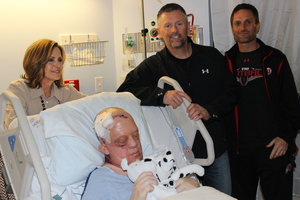