To share your memory on the wall of Wayne Pearce, sign in using one of the following options:

He was born May 12, 1936 in Salt Lake City to Kelly and Thyra Pearce, and enjoyed a childhood filled with sports, hunting, fishing, a love of the outdoors, and the love of his family.

Wayne's love of tennis began when he was 12 years old, inspired by the tennis pro, Leo Kohler. Within a few years, he became the National Public Parks Champion in the 15 and under age division. He attended South High School where he won three consecutive high school state championships, and was ranked #15 nationally in the Boys 18 singles division in 1952, achieving top junior rankings in the UTA, ITA, and National Tennis Association. With a strong desire to play at a professional level and pursue his education in business and finance, he accepted a full ride athletic scholarship to the University of Miami—a renowned National tennis powerhouse. He later was recruited to play collegiate tennis at the University of Utah, where he played the number one singles position for three years under coach Harry James, capturing two Western Athletic Conference championships with his teammates in 1958 and 1960.

More importantly, while attending the U of U, and under most unique circumstances, Wayne met and proposed to Carol Jean Douglas on their first date. They were married shortly thereafter in SLC on August 24, 1959. Their lives were filled with joy and happiness as they raised their five children (Evan, Leslie, Brad, Robert, and Diana) together.

After receiving his bachelor’s degree, and realizing that it would be very difficult to provide for his family as a professional tennis player in that era, he continued to pursue his education and received his MBA from the University of Utah. Wayne worked for Morton Thiokol while pursuing his business and investment interests, and eventually opened his own stock brokerage firm.

Little did he know that his life and his future would be changed with a series of phone calls from the athletic director of Brigham Young University. They wanted him to move to Provo, Utah and become the head tennis coach. It finally took Ernest L. Wilkinson, the President of BYU, to personally call him and convince him to change his direction and come and work for them. He agreed on one condition—that they would build an indoor tennis facility—which they did. It is the same facility that is in use today.

Wayne coached the BYU men's tennis team for nearly 16 years, taking five of his teams to top 10 finishes in the country, winning or sharing six conference titles, having the best winnng percentage in program history, and holding the most wins until surpassed by his son, Brad, which was a personal delight for him. Seeing the need, he was responsible for building the first indoor athletic facility in Utah County--the Sherwood Hills Racquet Club. His love of the game and his great love for people were so influential in the community that he was affectionately known as the “Father of Tennis."

Wayne was much more than a tennis coach—he was a life coach, and all of his children, grand-children, and countless others can attest to his influence in their lives. He sacrificed much of his time working with each of them individually on and off the court. He was patient. He was kind. He was selfless. He was deeply involved in the lives of his children, and there was no doubt—they all knew he loved them.

For nearly 40 years, Wayne also taught investments and finance classes at the BYU’s Marriott School of Business. He loved to teach, but also had other interests and hobbies that brought him great personal satisfaction. Having minored in geology, and because of his love of nature and the world around him, he did a great deal of mining and gold exploration, established several mining venture companies along the way, and eventually became very involved and interested in native American Indian excavation projects in Southern Utah. He is credited with one of the great archeological finds of historical significance at the Parowan Gap, and established a museum for ancient American Indian artifacts and historical finds.

As a convert to the Church of Jesus Christ of Latter-Day Saints, it had a profound impact in the way he lived his life and served others. His favorite and most cherished calling which brought him the deepest satisfaction and personal fulfillment was that of being a Branch President --working with young missionaries at the Missionary Training Center in Provo, Utah as they prepared to go out into the world to share the message of the restored gospel of Jesus Christ.

After the devastating loss of his first wife, Carol, to cancer in 1987, he eventually reconnected with a childhood friend, Susan Young, and they were married on August 27, 2009. Their relationship has brought him much happiness in the latter years of his life.

Funeral services to celebrate his life for family and close friends will be held at 2:00 pm, Saturday, December 12, 2020, at the Edgemont Stake Center located at 350 East 2950 North, Provo, Utah. A viewing will be held prior to the services from 12:45 – 1:45 pm. His interment will be at East Lawn Memorial Hills immediately following the service.

(For those who don't feel comfortable attending the funeral service in person, here is the link for the live stream: http://mywebcast.churchofjesuschrist.org/Events/provoutahedgemontsouthstake)
To watch the live stream just go on walkersanderson.com main page and click watch live webcast. Then you will find Wayne Pearce and the link will be there to be able to watch

Condolences may be sent to the Pearce family online at www.walkersanderson.com
Read Less

To plant a memorial tree in honor of Wayne Pearce, please visit our Heartfelt Sympathies Store.

Receive notifications about information and event scheduling for Wayne

We encourage you to share your most beloved memories of Wayne here, so that the family and other loved ones can always see it. You can upload cherished photographs, or share your favorite stories, and can even comment on those shared by others.

Posted Dec 15, 2020 at 11:14pm
I had the wonderful opportunity of playing on the BYU tennis team in the 1970-71 season. I was a walk on and when we played the WAC tournament in El Paso, Texas, the other team members flew there, and I drove with Wayne in his car. It was a wonderful chance to get to know him. Years later he asked me to perform his bilateral total knee replacement surgery. He wanted to play me in tennis one year later. Exactly one year to the day of surgery, he called me. I remember being on a family trip and standing on the top of the Empire State building in New York when he called. When I returned home the two of us played singles against each other at the BYU indoor tennis facility. He was always a wonderful friend and very kind and fair to me. I am so blessed to have known him and to know his wonderful family! Scott Jackson
Comment Share
Share via:

Posted Dec 12, 2020 at 04:28pm
Wayne Pearce was my neighbor growing up in Provo. My fondest memory of him was when he and his wife put on a tennis match for our ward. Not only did they buy trophies for the winners and tennis rackets, t-shirts, tennis balls, and other prizes but he spent so many hours training us all. I remember it took 15 seconds of him just showing me the right handhold and all of a sudden I could actually control the balls!! It was amazing!

My other favorite memory of him was one day he invited us over to watch the BYU football game. I was hesitant to come because I don't like watching football, mostly because I don't understand it. But watching the game with him was SO FUN. He actually would stop and take the time to explain what was happening to me. It was the first time in my life I finally could see why people like to watch football! 😆

Finally, I just really loved how generous and loving he was to my family. As insignificant at I was in his life, I hope he knows how significant he has been in my life and everyone's life who had the privilege to know him.
Comment Share
Share via:
JD

Posted Dec 11, 2020 at 09:42pm
Wayne has been a good friend, a fierce competitor and a wonderful doubles partner since we met 70 years ago. Wayne, his parents and sister were a significant part of my adolescent and young adulthood. In later life Wayne and I continued our tennis playing together for several years at the Huntsman games. My thoughts today are with Susan and all of Wayne’s family. John Doidge
Comment Share
Share via:

Posted Dec 10, 2020 at 05:03pm
Wayne recruited me, he was my coach,, he baptized me, he was a mentor, and above all, a friend. I will never forget when he, Carol, and the kids visited our little family in Jackson, Mississippi in 1973. What a joy to have met him when I was only an immature college tennis brat and to have the opportunity to be with his beautiful family --and share the beginnings of my eternal family. He certainly played a pivotal role in my life when I most needed it. I have always been grateful for his love and influence in my life. We love the Pearce family! 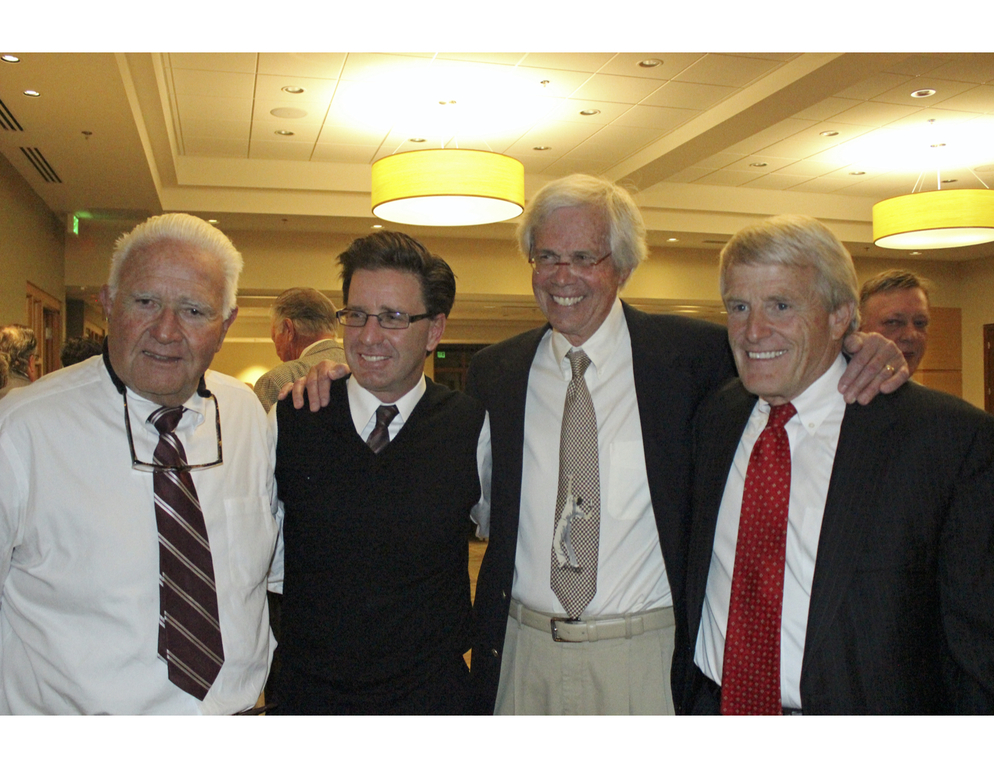 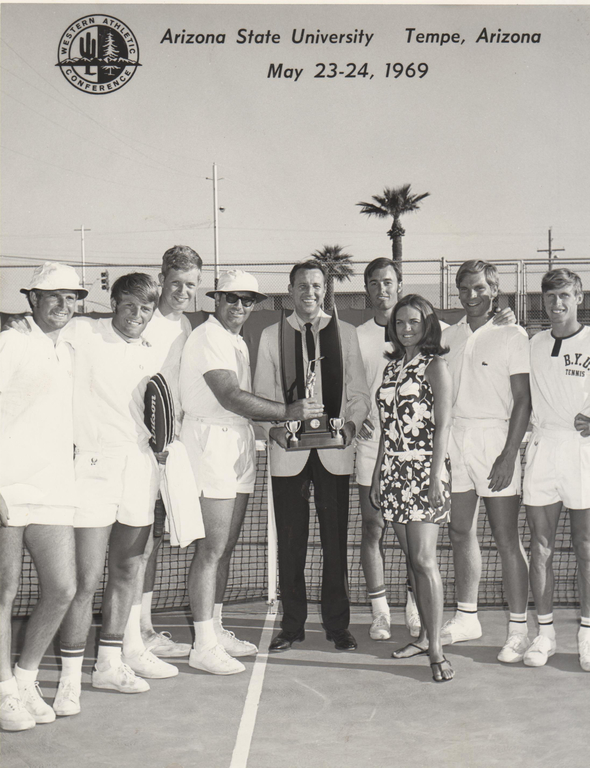 Posted Dec 10, 2020 at 02:27pm
We are so sad to learn of the death of your Dad. We love you and wish you peace at this time of great sadness. We will carry you in our hearts.
Love,
Gary and Mildred Watts 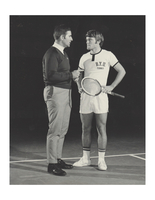 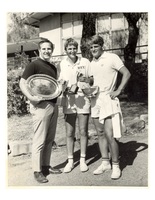 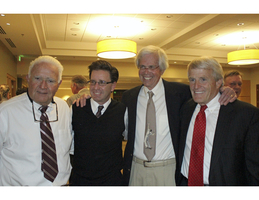