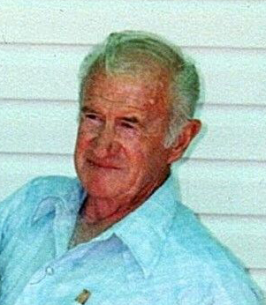 William David Austin, age 87, passed away, peacefully, in his North Las Vegas home on March 8, 2022. 'Dave' was born on May 21, 1934 in Bend, Oregon. He was the first of 4 children born to Bertha Maye Ross Austin and William Charles Austin. While growing up he attended Osgood Grade School at the 'Osgood Project' near Idaho Falls, Idaho; Arco and Kimberly High Schools; Stevensville, Montana and Salmon, Idaho High Schools. He graduated from the latter in 1954. Dave recalls many happenings while working hand in hand with his Grandfather Austin and Uncles; harvesting and pitching hay onto beaver slides in the Big Hole, milking cows, going on cattle drives into Montana from the Big Flat North of Salmon, and going on horseback up Sandy Creek to fish and stay in an old cabin. This was where he heard his first lone wolf howling. Being alone, he stayed in for the rest of the night and left first thing in the morning. During his high school years, and possibly before, Dave lived with his Aunt Dorothy and Uncle Axel Sorensen. Dave was especially close to his cousin Frank.

In High School an unfortunate first game incident left Dave with serious ankle and knee injuries -- ending his football aspirations. He was, however, Basketball Manager. He was also active in the American Junior Red Cross and Future Farmers of America. This was also where he met the love of his life, Barbara Diane Bills. They married on October 12, 1956. Their first child, Carey Diane was born in August the following year.

During the early years of their marriage they lived on a ranch owned by Uncles Axel Sorensen and George Austin on Fourth of July Creek where hay, sheep, dairy cows and some hogs were raised. Later, after the ranch was sold, Dave and Diane moved onto the Island Farm where they began purchasing eight acres from Diane's parents, Edmond and Mary Bills. The purchase included a 3-bedroom home, 8 acres, several outbuildings, and a slaughter house where chickens and turkeys were raised and harvested for Saveway Market.

Dave worked as a firefighter, doing some temporary government jobs, and as gas station attendant (full-service, including mechanic and tires), while Diane worked in the meat room at Saveway. Then one day, Edmond heard one of the gas station owners asking Diane how to get a hold of Dave because some of his help were stealing from him, and he needed an employee that he knew was honest and trustworthy. Not long after that Dave was offered work and later partnership in Saveway Market. Dave ran the Produce Department, did deliveries, and hundreds of other jobs during his career in Saveway Market. He was well loved and could be depended upon, regardless of the task.

Dave excelled in everything he did. His accomplishments included building onto the Island Home, twice, and building a home down the Salmon River. Learning from some of the best, he became an expert carpenter and finisher. His work was pristine. Dave loved the outdoors; fishing, hunting, horses, gardening, growing flowers, mechanics and raising his family. He and Diane adored each other and were dear, close friends with Jack and Mona Armstrong all of their school and adult lives.

Funeral Services will be on March 26, 2022 at 1:00pm in the Walker Sanderson Funeral Home 646 East 800 North, Orem. Friends may visit with the family from 11:30-12:30 prior to the services. For those that cannot attend there will. be a live stream of the service starting at 1pm. Just go to www.walkersanderson.com and click view live webcast for Dave.