To share your memory on the wall of Zan Phillips, sign in using one of the following options:

Zan was born June 26, 1961, in Preston Idaho to Lorna Swainston Phillips and Perry Callan Phillips. He spent his early years surrounded closely by his 7 siblings, willing or not, working on the family dry farm a few miles to the west in Dayton. When the work stopped, there were camping trips to Willow Flat, trips in the old Willy’s (or at times the manure spreader), and time spent serving as student body president, football letterman, and trumpet player in the pep band at West Side High School.

After graduating from West Side in 1979, he was called to serve a 2-year LDS mission in Taiwan, Taichung. His love of the culture and people there is something he carried with him throughout his life, with unfinished plans to return there when things settled down. Upon his return, he went on to Ricks College and eventually BYU where he graduated in 1988. His desire for knowledge was so great that he even returned to the University of Phoenix to receive his MBA in April of 2000.

Zan was a “rad dad” as Tyler would say. The rest of us agree. He instilled a family love for the southern Utah desert through many weekend trips to Moab, Zion, and anywhere else we could park our pop-up trailer. His passion for life was consistently demonstrated in his many interests and hobbies. Whether it was perfecting the backyard he loved so much (despite his sons’ attempts to destroy it), traveling the globe with his beloved Nancy, countless Cougar football games, a quick motorcycle ride with Kalin, or to get his “pump on” with Jamal, he saw each day as an opportunity to seize. And he did.

His passion for people and overwhelming kindness was never in doubt. Because of this, he had friends all over the world, many of whom started as co-workers but didn’t stay that way long. His infectious smile and laugh always filled the room, and he never took an opportunity to connect for granted. We’re going to miss him so much but know that smile is plastered across his face right now as he gets to see his mom and dad again. Faja, Papa, Hubby, Dad, we love you and miss you. Until we meet again.

His family has decided to have a celebration of life open house held Thursday, February 4th from 10 am to 12 pm. All are welcome who knew him and want to share a favorite memory with his family at Walker Sanderson funeral home, 646 East 800 North in Orem 84097. Condolences and memories may also be shared at www.walkersanderson.com on Zan’s obituary.

“Perhaps when we come face to face with our maker, how many positions did you hold? But rather, how many did you help? In reality, you cannot love the Lord Until you serve Him by serving his people.” Thomas S. Monson
Read Less

Receive notifications about information and event scheduling for Zan

We encourage you to share your most beloved memories of Zan here, so that the family and other loved ones can always see it. You can upload cherished photographs, or share your favorite stories, and can even comment on those shared by others.

Posted Apr 14, 2021 at 09:27pm
Dear Nancy We have never met but we share your loss. Pam and I grew to love Zan, and all the boys from Preston, at Rick's Our third son was to be called Zan. Only trouble it was a girl. All of our love. Scott and Pam Robinson
Comment Share
Share via:
SW

Posted Apr 07, 2021 at 11:10am
Nancy, this is Stephanie Wright. We met at some of the reunions and you two always made me so happy. I closed my Facebook account a few years ago and am just learning what happened. I am so sorry. You two are such a delightful pair to spend time with, always the center of fun. We will all miss seeing Zan's happy face, being tickled by that deep laugh and seeing his twinkling eyes so much. I called Clark Nielson and got a phone number for you but i guess it's been disconnected. I hope you're holding up okay. Love and prayers that the Lord is carrying you and your family through this difficult time. ❤️
Comment Share
Share via:
JD

Posted Feb 04, 2021 at 11:52am
My deepest condolences to Nancy and family. I share the many memories of those who have worked with Zan. My daughter still has a white elephant gift I brought home from one of the very fun Christmas parties. Zan was a great boss to work for at Novell and a trusted colleague at EMC. His smile and hello always made you feel welcome and appreciated. You'll be sorely missed Zan. RIP.
Comment Share
Share via:

Posted Feb 03, 2021 at 01:40pm
My condolences to the Phillips family. Zan was my first boss who hired me once I graduated college. He started me on the path of being customer focused and was always encouraging to be my best self. I remember when my son passed away, during his time as my boss, and how much compassion he showed to me and my family. We had some great memories during the time on the ZENworks team. Some of those memories included, Christmas parties at the Phillips home, and going skilling for the first time as a team building experience. Zan was very encouraging during this activity and I spent most of my time on the bunny hills. At one point everyone thought I was lost or hurt because they could not find me. They checked the first aid station to see if I ended up there. He then encourage me to do actual do a ski run down the mountain, it was the last one the team was going to do. When we got to the top I was going to take the easy way down, but with more encouragement I ended going down the way everyone else did. Let's just say it took me a very long time to get down the mountain, plowing my way down!! :)

Posted Feb 03, 2021 at 12:36pm
I am so grateful for this dear man, Zan Phillips, who blessed our family by marrying my sweet sister Nancy in 1986. As my mom would say, "He is a peach!" Zan passed away at the age of 59, unexpectedly on Monday, January 25th at their home in Orem, Utah.
They say you can't pick your family, with Zan we got lucky. He was one of the kindest, most giving person there was. Always there to lend a hand. I will be forever grateful for Zan and Nancy taking good care of Chris and Amanda while they attended BYU and then some.... And helping our family through life's challenges over the years. We will miss his kind and caring presence and listening ear. His passing has left a huge whole in our hearts, even though we know, we will be together again one day.
We love you, Phillips family and will be always be there for you until we see him again.
Comment Share
Share via: 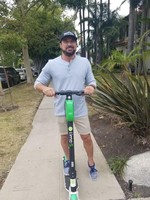 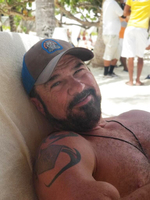